CoronaVirus Update: The Law Office of David Johnson remains open for our existing and new clients in need of our services.

To protect the health and safety of our employees and clients, all appointments are handled via phone conference. Reception is still open and e-mails will be returned as quickly as possible. We hope you and your loved ones are staying safe and healthy.

Home
About Us
David Johnson 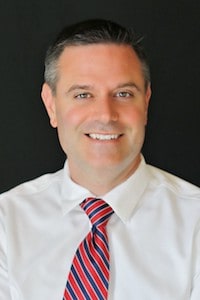 David Johnson is a devoted husband and father. He is married to his beautiful wife Reva, and together they have four amazing daughters. He loves to run and wishes he had more time to hike and fish. A little known fact about him, he considers himself an ornithologist which is a fancy word for bird watcher.

His childhood years were spent in Madison, Wisconsin, but as a Junior in Highschool is family moved to Hillsboro, Oregon. He graduated from Glencoe Highschool (Roll Tide) in 1992 and moved to Utah to attend Brigham Young University. (Go Cougars) He took a two year break from his studies to serve a mission for his church in Scotland. Upon returning he finished his BS degree in Economics.

David began working in the world of finance and became a successful banker. He was in the banking sector for 10 years before choosing to embark on his adventure as an attorney. Through his education in business and his career in finance he learned how to resolve financial issues that quite often cause family controversy and disputes.

To keep his family in Salem, David attended Willamette University Law School. He was able to work at Olsen Daines, while in school, where he learned all of intricacies of a successful law office. He studied hard and worked hard at Willamette University. He was the associate editor of the Law Review, treasurer of the moot court board and also represented Willamette University twice at the National Moot Competitions. He graduated in 2012 Cum Laude (top 20 of his class). David then spent three more years with Olsen Daines before taking the leap to open up his own practice, with their blessing. Not only does he operate his own law firm he also sits on the YMCA board and is part of the Polk County Budget Committee.

David Johnson has works diligently to provide the best legal assistance to all of those who choose to work with him. He is dedicated to helping individuals through complex legal issues while listening to their individual needs. David can provide legal advice to individuals and families who are going through divorce, struggling with child custody disputes, bankruptcy, and planning for their family’s future. He has experience in matters such as contested and uncontested divorce, property division, child custody, child and spousal support, debt relief, bankruptcy, wills, trusts, and probate. If you are searching for a quality attorney who will work hard for you then give David Johnson a call today!

Contact Us
Practice Areas
Client Reviews
★★★★★
David is wonderful. He took on our case with 2 weeks to spare. He's affordable and extremely smart. Has a wonderful assistant who had a ton of knowledge as well. They make a great team. I'll recommend Mr. Johnson 100%. Thank you so much, Mr. Johnson, we really appreciate your work. Cassie C.
★★★★★
Very professional. Went beyond and above for my case. Would highly recommend to anyone. David and his family are easy to talk to and make you feel comfortable. I will definitely be using David in the future should I need a lawyer. He did an outstanding job on my case. I could not ask for more highly recommend. Matthew M.
★★★★★
David Johnson is a master of law, he understands his client's needs and is willing to go above and beyond to get the job done. His knowledge of family and custody law are unparalleled and I would recommend him to anyone looking to get their case heard. While his demeanor is client meetings is objective and understanding his courtroom manner is certain to resolve even the most difficult case. Look no further when it comes to the kind of representation you need. Whisper V.
View More
Submit a Law Firm Client Review